Q.1 Read the following passage carefully and answer the questions:
The kingdoms of West Africa are not nearly as well-known as those of ancient Egypt & Nubia. Yet there was a time when rulers of this region were thought to be the richest kings in all the world. From about AD 300 TO 1700, three great empires flourished in the lands just to the South of the Sahara Desert. There were the empires of Ghana, Mali and Songhay.

Today Ghana is the name of a West African country on the Atlantic coast. It was not part of the ancient empire of Ghana, though. The country of Ghana adopted the name in 1957 in honor of the ancient empire of Ghana. The World Ghana actually means “Warrior-King”. It was a title given to the rulers of the Soninke people who called the homeland Wagadu.Wagadu was located at the edge of he Sahara Desert, far from the ocean.

The Soninke people were highly skilled in metal working. For many years they were the only people in the region who knew how to forge Iron. This skill helped them become powerful. Metal tools made their farms more productive.

One farmer could grew enough food for many people. This left more people free to follow other occupations. Many men became soldiers. Using metal swords and spears, they easily conquered rivals whose weapons were made of wood or stone. As wagadu grew in size & power, it became an important centre of trade.

The regions around it had a variety of resources. The most important of these were gold & salt. Gold came from secret locations in the South. There was so much gold that the Ghana king had to control the supply carefully. Otherwise, it might become too common and lose its value. Salt, on the other hand, was very scarce. Because people need salt to live, it was literally worth its weight in gold. Most of the salt came from the Taghaza mines in the Sahara Desert.

Traders bringing salt through wagadu had to pay a large tax in gold. The gold went to the king, who used it to keep the army & the Government strong. Wagadu had so much gold that the first Arabic writer to write about it called it the land of Gold.

1.1 On the basis of your reading of the passage, answer the following Questions : 1´8=8
(i) Which part of Africa was known as the land of Gold? Why?
(ii) What does the word Ghana originally mean?
(iii) How did skill in forging iron help make the Soninke people powerful?
(iv) Why was salt so expensive? Give two reasons. 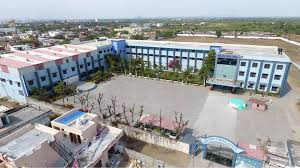 The culture of India is the oldest culture of the World around 5,000 years. Indian culture is considered as the first and supreme culture of the World. There is a common saying about India that “Unity in Diversity” means India is a diverse country where people of many religions live together peacefully with their own separate cultures. People of various religions differ in their language, food tradition, rituals etc. however they live with unity.

Indian are proud of its culture. In our country it is traditional to respect elders, be truthful and honest and also to help out others in need. It is also considered traditional to celebrate our cultural festivals and religious activities with the family & neighbours.

We still retain the tradition of joint family system in our society as part of our culture. The joint family consist not only of husband, wife and their children but also of uncles, aunts and cousins and grandsons. In this tradition, the eldest in the family lays down rules, which are followed by all members of the family.

A joint family system, as per tradition, has a lot of advantages. All family members are specifically delegated responsibilities which lead to sharing and no one is burdened. At the time of crisis or when in need of advice, all the family members can sit together and the final solution, as a result of this discussion, is more often than not the right one.

This traditional approach result in the younger members learning from the experience of their seniors and also respecting them due to it. The other aspect of traditional joint family is thatstrength lies in numbers. Even if family member is ill or goes out of station to work, he has the mental confidence of his family being looked after and being safe, the prime factor today.

In India, tradition has always been to welcome different streams of thought. This is why, Indian culture has witnessed so many religions intermingling and prospering over the ages without bias. Hinduism, Jainism, Islam, Buddhism, the Khalsa Panth and Christianity, to name a few, have been in India over the centuries and it is a part of our tradition that we have not tried to enforce any specific religion on the masses. Our culture teaches tolerance and we have progressed not in spite of it but due to it.

On the basis of your reading of the passage Answer the Questions that follow: 2´4=8

2.2 Find the words from the passage which mean the same as following – 1´4=4
(i) remember things
(ii) Critical moment
(iii) Pass on the responsibility
(iv) become missed together