You are here: Home > Entrance Exam
All posts from uceed.iitb.ac.in

No choices will be shown for these questions. There is NO NEGATIVE marking for this section. Each correct answer will be awarded 3 marks. Questions not attempted or answered incorrectly will be given zero mark. Questions from 1 to 20 belong to this section.

Q.01 Shown below are sole designs of slippers, of which some are matched-pairs (one left foot and one right foot). Identify the total number of matched-pairs in the image.

Q.02 X1 is a 3D form generated from the shape X, using certain 3D operations. It has 11 surfaces in total. If the same operations are carried out on shape Y, how many surfaces would the resulting 3D form have?

Q.03 Fifteen people from different places came together for a family reunion. Each one of them had two gifts each for every other person. When the gifts were exchanged they hugged each other. What is the difference between the number of hugs and the number of gifts exchanged?

Q.07 Three transparent glass pieces with different engravings are shown below. They are to be overlapped, one on top of the other, with the red corner exactly matching each other. What is the total number of triangles in the resultant figure?

Q.08 A diagram of three blocks A, B and C and their direction of movement is shown below. The blocks move continuously in units and change directions after hitting the side walls.

Q.09 A UNION of two solids, a pentagonal prism and a hexagonal prism is shown below. The side view (on the right) depicts how the solids intersect. Visualise the new solid formed by their INTERSECTION (the part common to both of them). How many surfaces will the new solid have?

Q.10 A solid object made of cubes is shown below. This object is symmetric about all three axes, and does not contain cavities (no hollow spaces). How many cubes does the solid contain? 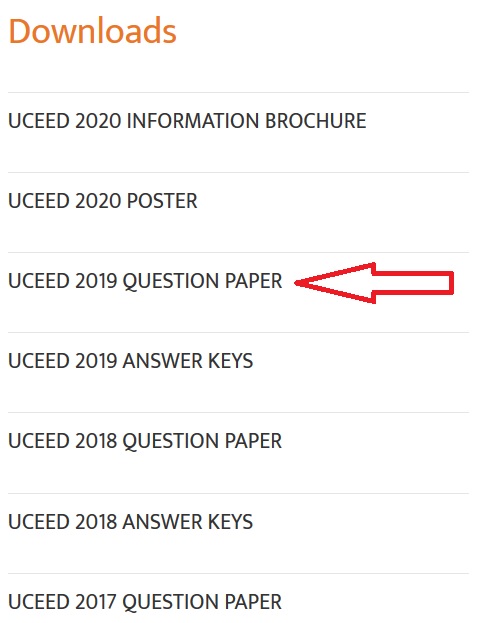 A question is considered correctly answered if ALL the correct choices and NO wrong choices are selected for that question. There is NEGATIVE marking for this section.

Q.13 Which of the options on the right can be formed by folding the profile shown on the left?

Q.15 The figure given below shows six bar charts corresponding to the volume of agricultural produce from farms of various farmers. The actual quantities are also shown in the figure.

Red bars indicate tomatoes, green bars indicate leafy vegetables, and blue bars indicate berries. Assume that they have seen each other’s bar charts. Who can correctly make at least one of the following statements?

16. The word given below uses a particular font. Which option belongs to the same font?
17. Which option will replace the question mark?

18. An envelope made of a single piece of paper is taken, and a few cuts are made on it. The envelope and the cuts are shown below. Identify the resulting figure when the envelope is unfolded?

19. Shown in the four figures A, B, C, and D on the right, are broken lines drawn on a transparent sheet. Each figure is folded over along the dotted lines as shown. Identify the correct option that will generate the motif shown on the left.

20. A light source is attached to a rod fixed in the centre of the ceiling of a square room. This source rotates 360 degrees with the rod as its axis. This source projects a red beam of light onto the four walls of the room.

This setup is shown in the isometric view and the side view in the figure below. Identify the correct path of the beam of light on the four walls of the room.

21. The figure below shows the top view, the front view, and the side view of a three dimensional solid object. What is the minimum number of surfaces that a solid with these views, can have? Assume that there are no hidden lines.

22. Sheetal is running. Which option denotes the most natural pose?
23. Identify the correct profile of the cricketer that corresponds to the given front pose.